Biostimulants can be used in many crops growing under water deficit conditions at the seedling stage. This study used tomato, Solanum lycopersicum L., seedlings growing in commercial 150-cell trays as an experimental setup to reproduce mild drought stress effects. The method showed significant reductions in seedling growth and RGR (25%) after a seven-day experiment. Gas exchange parameters (Pn, Gs and E) had significantly lower values (30–50%) than the control seedlings. Stress-related metabolite, ABA, exhibited a significant accumulation in the tomato seedlings (24 h), consistent with SINCED2 gene expression. Proline levels were twice as high in the water-deficit treated seedlings, remaining at this level until the end of the experiment. However, total carbohydrates were significantly lower in water-deficit treated seedlings. Qualitative and quantitative analysis suggested that using the variable ‘seedling biomass accumulation’ could simplify the methodology. Twelve different biostimulants were assayed, implementing this simplification, and all of them showed higher biomass accumulation in the treated seedlings than in the non-treated ones under water deficit. Among them, putrescine, spermine and spermidine were the most effective. The method is adjustable to different biostimulant volumes (1, 3 and 5 mL; 1 mM BABA), with no significant differences between the treatments. 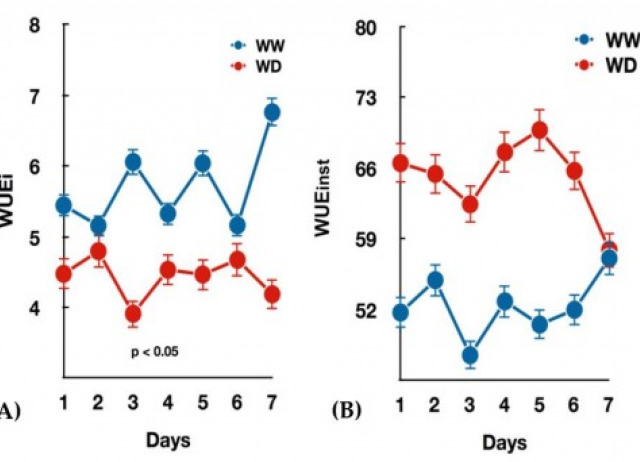 The Canary Archipelago is home to two species of obligately cavernicolous assassin bugs of the genus Collartida Villiers, 1949 (Hemiptera: Heteroptera: Reduviidae: Emesinae: Collartidini). These species are highly adapted for cave life, being blind and wingless. In the present study, we describe a new species of the genus, C. phantasma sp. nov. from the Federica mine in Gran Canaria. C. phantasma sp. nov. differs from the other two Collartida species found in the Canary Archipelago in that the male is fully winged, the female is wingless, and both sexes have well-developed eyes. We provide information regarding the new species’ habitat, its taxonomic affinities, and its ability to fly. 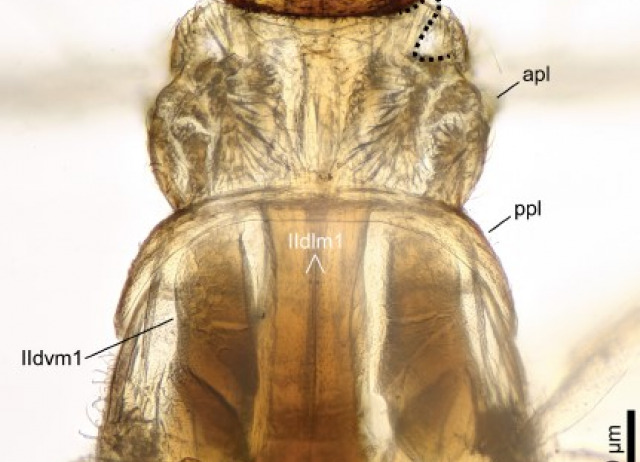 Under toxic aluminum (Al) levels in the soil, wheat (Triticum aestivum L.) sufers stress and plant growth is afected. A method for diagnosis of plants is proposed that includes the following as a strategy: to analyze total Al in the soil, employ satellite radar imagery and calculate a vegetation index. The objective of this research, conducted at the feld scale, was to explore how radar backscattering coefcients from a winter wheat canopy, combined with the normalized diference vegetation index (NDVI) and geographic information system (GIS) technology, can be used as a mapping tool for the variability of Al-stressed canopies. As a result, an analysis of covariance showed signifcant diferences, and the lowest plant height was obtained at a high level of soil Al, as well as the minimum grain weight and magnesium content. It was found that a simple model could be used to estimate plant height from the backscattering coefcient of vertical transmit-vertical receive polarization (σ°VV), with a strong correlation (r−0.84). In turn, a third-order polynomial regression model (R20.70) was proposed to estimate the NDVI from σ°VV. This model provided a good estimate of the NDVI at the stem elongation stage of growth (50 days after sowing). Detected NDVI patterns were associated with variation in canopy stress depending on polarimetric information, which, in turn, was related to soil Al levels. Thus, the maps derived from the model can monitor spatial variability, where NDVI values<0.68 indicate stressed areas. This study provides guidance for in-season stress spatial variability caused by Al. 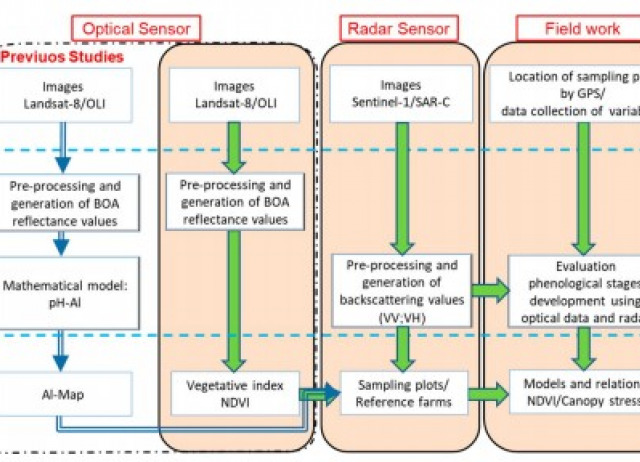 Primary amoebic meningoencephalitis (PAM) is a central nervous system (CNS) disease caused by Naegleria fowleri that mainly affects children and young adults with fatal consequences in most of the cases. Treatment protocols are based on the combination of different antimicrobial agents, nonetheless there is the need to develop new anti-Naegleria compounds with low toxicity and full effects compared to the currently used drug combination. The marine environment is a well-established source of bioactive natural products. In this work, we have focused on the structure of Laurencia cyclolaurane-type sesquiterpenes as potential chemical model against Naegleria species. The effects of debromolaurinterol (1) to induce PCD/apoptosis-like events in Naegleria fowleri have been evaluated, revealing that this compound induced reduction of ATP production showing a decrease of 99.98% in treated parasite cells. A SAR analysis have been supported with molecular modeling and analysis of the in silico ADME/Tox properties of the Laurencia sesquiterpenes debromolaurinterol (1), laurinterol (2) and allolaurinterol (3), which reinforce cyclolaurane metabolites as plausible molecular models to develop PAM treatments. 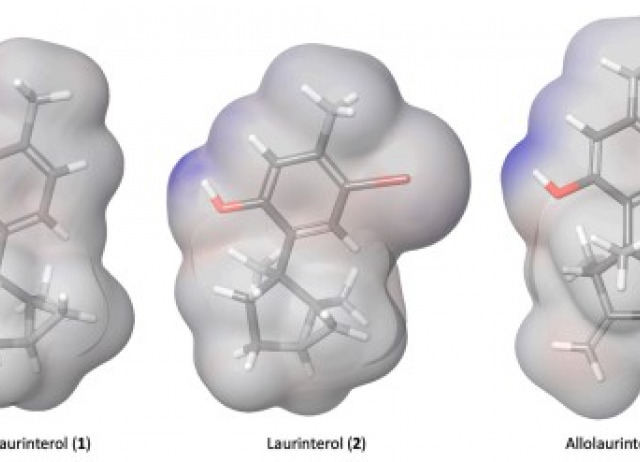 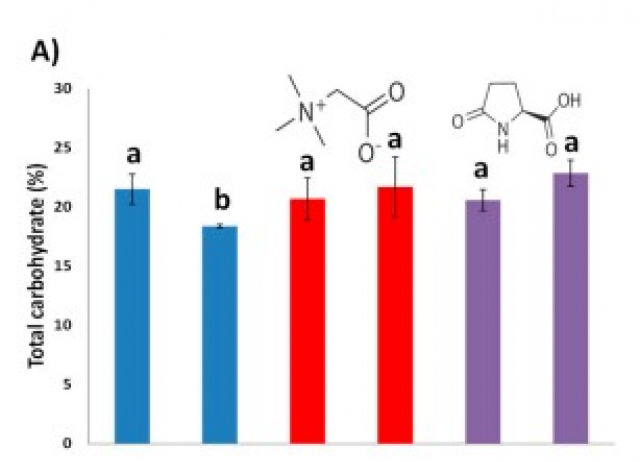 Among its other effects, climate change is driving humanity into water scarcity, especially in highly populated areas such as the Mediterranean. One of the best options to solve this problem is seawater desalination, but it has its environmental, social and economic impacts. The brine reject effluent from the process can be used as a rich mineral source for hydroponic culture. Indeed, stability in its composition was shown here during a one-year study. A compilation of analyses from desalination facilities located worldwide also demonstrates how reutilisation of this liquid waste can provide an opportunity to build a circular economy based on brine management. Potential profitable crops and an economic study of its implementation are discussed. Correct brine management channelled into an agricultural context can be an excellent way to improve the public and ecological reputation of desalination. It can also yield extra income beyond the fresh water yield from the proposed system. 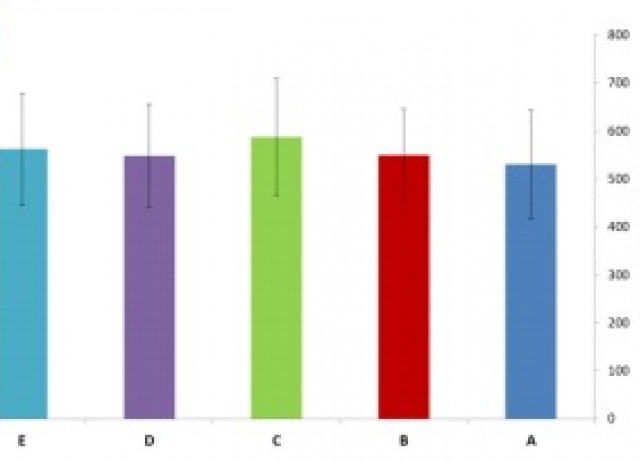 Synthesis, Biological Evaluation, and Molecular Docking Study of 3-Amino and 3-Hydroxy-seco A Derivatives of α-Amyrin and 3-Epilupeol as Inhibitors of COX-2 Activity and NF-kB Activation

In this study, a series of novel 3-seco-A derivatives of the natural triterpenes α-amyrin (1) and 3-epilupeol (2) were synthesized by a one-pot radical scission–oxidation procedure and evaluated in vitro and in vivo for their capacity to inhibit the inflammatory process. For the in vitro studies, the trans-4-hydroxy-l-proline methyl ester derivatives (1f and 2f) were consistently effective in inhibiting NO, IL-6, and TNF-α secretion, as well as inhibition of NF-κB activation, in RAW cells stimulated by LPS. The further in vivo anti-inflammatory study revealed that the trans-4-hydroxy-l-proline methyl ester derivatives (1f and 2f), together with 1g, were the most effective in inhibiting TPA-induced edema. Interestingly, the α-amyrin derivatives were the most potent inhibitors of COX-2, but inhibited COX-1 only to some extent. The hydroxyl derivative (1c) was selective for COX-2 inhibition (66.3 ± 1.1% at 17.5 μM) without affecting the COX-1 isoform and did not present toxicity. Molecular docking studies revealed that these compounds bind with their polar region in the cavity over Arg-120, and their lipophilic part is orientated to the HEM cofactor similarly to the natural substrate arachidonic acid in the catalytic site of COX-2. These results indicated that seco-A ursane derivatives could be considered promising candidates for the future development of selective NF-κB and COX-2 inhibitors. 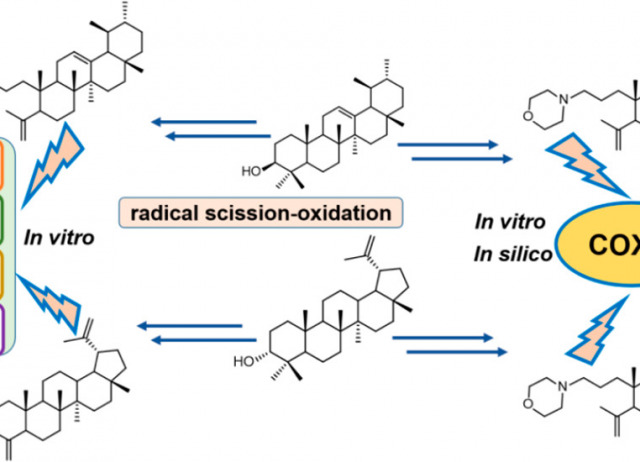 Impact of Volcanic Sulfur Emissions on the Pine Forest of La Palma, Spain

In autumn 2021, the largest volcanic eruption on the island of La Palma in historic records took place. The Canary Islands are of volcanic origin and eruptions have always constituted part of their natural disturbance regime. Until recently, their impacts could not be directly observed and studied. Influence of the emission of phytotoxic gases on biodiversity and ecosystem dynamics was hitherto unknown. The recent eruption is still being intensely monitored. We used Sentinel-2 remote sensing data to analyze the spatial extent and intensity of the impact related to sulfuric emissions, aiming to understand the damage patterns in Canary pine forest. The emissions damaged 10% of that forest and affected 5.3% of the Natura 2000 protected areas. We concluded that this is largely due to the toxic effects of the enormous emissions of SO2. We found a clear correlation between the change in the normalized difference vegetation index (NDVI) and distance from the eruption. This pattern was weakly anisotropic, with stronger damage in southern directions. Counteracting effects, such as ash deposition, were largely excluded by combining NDVI change detection with tree cover density. We expect that vegetation damage will be transient. P. canariensis can resprout after forest fires, where most leaves are lost. Consequently, our assessment can serve as a reference for future ecosystem regeneration. 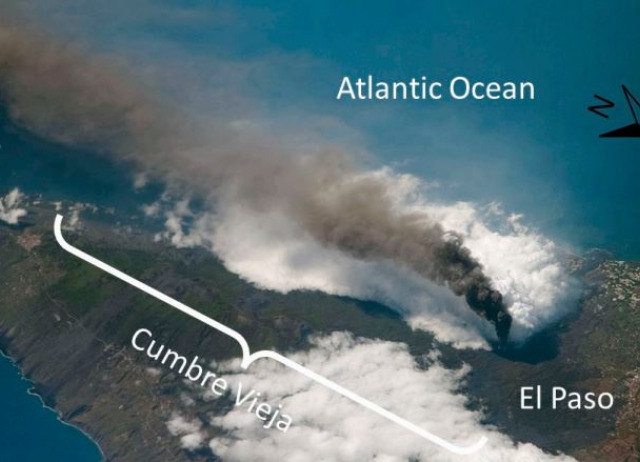 In this work, we have investigated the accumulation of ryanoids in different plant parts (leaves, stems and roots) of aeroponically grown Persea indica cloned trees (one-year-old cloned individuals) and a selected mature, wild tree. We tested the insect antifeedant (against Spodoptera littoralis, Myzus persicae and Rhopalosiphum padi) and nematicidal (against Meloidogyne javanica) effects of ethanolic extracts from these different plant parts. The HPLC-MS analysis of P. indica extracts showed that mature tree (wild) leaves had two times more chemical diversity than stems. Aeroponic plants showed fewer differences in chemical diversity between leaves and stems, with the lowest diversity found in the roots. Ryanodane epiryanodol (1) was present in all the plant parts, with the mature stems (wild) containing the highest amount. The aeroponic stems also accumulated ryanoids including 1, cinnzeylanol (2) and cinnzeylanone (4). The insect Spodoptera littoralis was strongly affected by the stem extracts, while leaf extracts were moderately active. Based on predicted vs. real antifeedant values, we concluded that the ryanoid content (1 or a combination of 2, 4 and 1) explained the antifeedant effects of the stem extracts, while additional components contributed to the activity of the leaf extracts. Therefore, careful individual selection of P. indica seedlings should be carried out prior to proceeding with aeroponic cultivation in order to obtain ryanodane-rich stem or leaf extracts with strong antifeedant effects on S. littoralis. 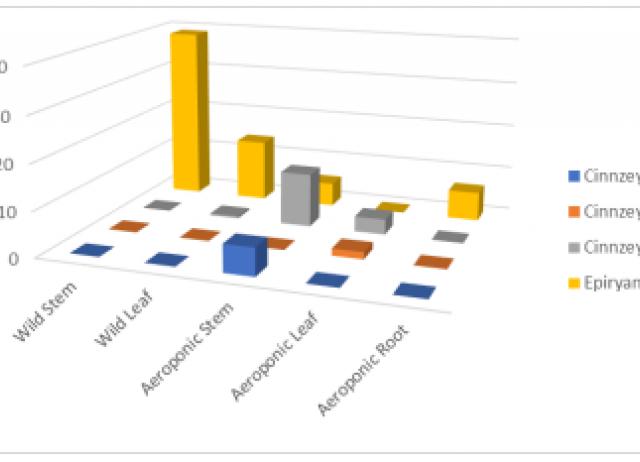 The Nitration of Proteins, Lipids and DNA by Peroxynitrite Derivatives-Chemistry Involved and Biological Relevance

In recent years, much interest has been generated by the idea that nitrosative stress plays a role in the aetiology of human diseases, such as atherosclerosis, inflammation, cancer, and neurological diseases. The chemical changes mediated by reactive nitrogen species (RNS) are detrimental to cell function, because they can cause nitration, which can alter the structures of cellular proteins, DNA, and lipids, and hence, impair their normal function. One of the most potent biological nitrosative agents is peroxynitrite (ONOO¯), which is produced when nitric oxide (*NO) and superoxide (*O2¯) are combined at extremely rapid rates. Considering the plethora of oxidations by peroxynitrite, this makes peroxynitrite the most prevalent nitrating species responsible for protein, DNA, and lipids nitration in vivo. There is biochemical evidence to suggest that the interactions of the radicals NO and superoxide result in the formation of a redox system, which includes the reactions of nitrosation and nitration, and is a component of the complex cellular signalling network. However, the chemistry involved in the nitration process with peroxynitrite derivatives is poorly understood, particularly for biological molecules, such as DNA, proteins, and lipids. Here, we review the processes involved in the nitration of biomolecules, and provide a mechanistic explanation for the chemical reactions of NOS and nitrosative stress. This study reveals that these processes are based on a surprisingly simple and straightforward chemistry, with a fascinating influence on cellular physiology and pathology. 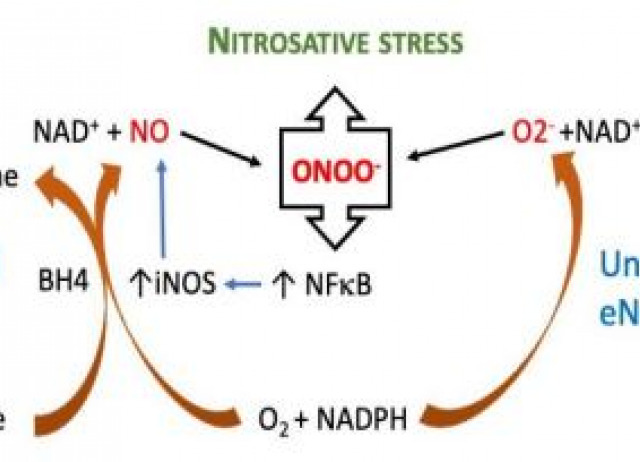