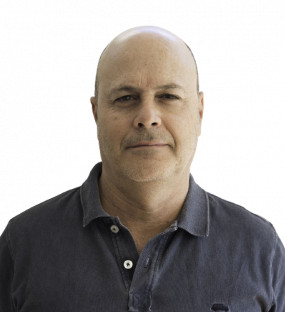 Holding a University Degree in Chemistry and a PhD in Science from the University of La Laguna, he made a postdoctoral stay at the prestigious experimental station Rothamsted Research (UK), under the supervision of Prof. John Lucas. Currently, Dr. Borges carries out his research work at IPNA-CSIC, as leader of the Chemical Plant Defence Activators research group. The objectives of the group focus on the characterization at physiological, biochemical and molecular levels the defense mechanisms induced by non-toxic chemical compounds capable of inducing a priming effect in the plant against biotic and abiotic stresses, such as the water-soluble derivative of vitamin K3 known as menadione sodium bisulphite (MSB). Dr Borges is co-author of 43 publications, including 14 high-impact papers in the last 10 years. He has participated as part of the research team or as a principal investigator in research contracts with agro-industry. He has been funded by the Spanish National Research and the Canary Islands Government Research Agencies. At present, he is the principal investigator (PI) and Project Manager of an EU project, MAC-INTERREG Programme funded by FEDER funds. In 2014, Dr Borges was Guest Editor of a topic Induced Resistance for Plant Defence of the open-access journal Frontiers in Plant Science, in which twelve high-impact papers were published by the most distinguished specialists in this line of research. Dr Borges is the inventor of seven patent applications, four of which are currently licensed to several agro-companies and are being commercially exploited in more than 30 countries. CSIC's royalty income has been approximately 700,000€. Among the two more relevant patent licensing contracts, one of them (patent 2010) is the application of compositions to control the psyllid vectors of HLB, a bacterial citrus disease present in 4 continents and considered to be the greatest threat to this important crop worldwide, and registered in Spain, has been internationally extended to Mexico, Brazil, Chile, South Africa and Australia. Another patent licensing contract (2016) on the use of non-proline cyclic amino acids to increase tolerance to osmotic stress conditions (drought) has been extended to more than 30 countries in addition to Spain, including an EU patent. Dr Borges has supervised four PhD research projects in the last 10 years and four Master degrees, which have resulted in publications in Environmental and Experimental Botany, Frontiers in Plant Sciences, Plant Biotechnology Journal and BMC Plant Biology. Two of these PhD students have got prestigious fellowships/contracts such as Marie Curie (David Jiménez-Arias) and a postdoc position in the Sainsbury lab at Cambridge University (Marino Expóxito-Rodríguez). He also has supervised a number of international Erasmus+ traineeship students. Last, he has contributed as a referee in several high impact journals in Plant Science such as Plant Biotechnology Journal, Frontiers in Plant Science or Plants as well as an external reviewer in PhD thesis for the University of Valencia and Polytechnic University of Valencia; expert for Spanish innovation certification agency (ACIE); project ‘evaluator of the Junta de Andalucía and EU project Horizon2020.

Transformation of waste into raw material: Reuse of rejected brines from desalination plants for hydroponic cultivation

Use of sulphur in agriculture