Volcanoes collapse, that is an undisputed fact, but we still do not know how and why. The Cumbre Vieja volcano and its latest eruption may help us to unravel this scientific mystery. As Dr. Pablo J. González, researcher of the Volcanology group of the IPNA-CSIC, states in the prestigious journal Science, the scientific community must advance in order to improve the recognition of potential precursor patterns associated with this type of volcanic hazard.

Sixty years have passed since Professor Telesforo Bravo published his study on the subterranean geology of the island of Tenerife.  In " El Circo de Las Cañadas y sus dependencias", this pioneer of the discipline in the Archipelago postulated a rather radical theory: the horseshoe-shaped valleys that open up towards the sea and that fill the Canary Islands are the result of massive collapses of rapidly growing volcanoes. Just two years later, the American James Moore would publish maps of the seafloor around the Hawai'i Islands. These new bathymetric maps were irrefutable and revealing evidence of the existence of colossal submarine deposits due to these collapses.

Since then, science has come a long way, but mechanisms responsible for weakening our volcanoes to the point of collapse remain unknown. In his opinion article, Dr. Pablo J. González, researcher at the Volcanology group of the IPNA-CSIC, reflects on this problem and suggests that the latest eruption on the island of La Palma may shed light on the resolution of the mystery.

Many volcanoes on oceanic islands grow at extraordinarily fast rates, in geological terms. This rapid growth of volcanoes makes them vulnerable to the effect of gravity and eventually they collapse. Fortunately for the inhabitants of the islands, these colossal phenomena only occur very rarely, every several tens to hundreds of thousands of years. However, this remains a real geological hazard. Other collapses, albeit smaller, occur more frequently and can result in fatalities. Even in the distant past, there are significant cases such as the eruption of the St Helena volcano in 1980, or in December 2018 at the Anak Krakatau volcano in Indonesia. Therefore, knowing their origin, how they are triggered, and what indicators we could identify as precursors for their prognosis are the scientific challenges that need to be addressed.

Cumbre Vieja has long been identified as a candidate for future collapse among the world's volcanoes. Even so, there is no unanimous opinion within the scientific community as to the impact it would generate. A large number of model scenarios have been simulated, ranging from catastrophic futures to very local effects. This disparity of opinion is indicative of the great lack of knowledge with which to refine these forecasts. González points out that the only solution is to carry out rigorous, multidisciplinary research. 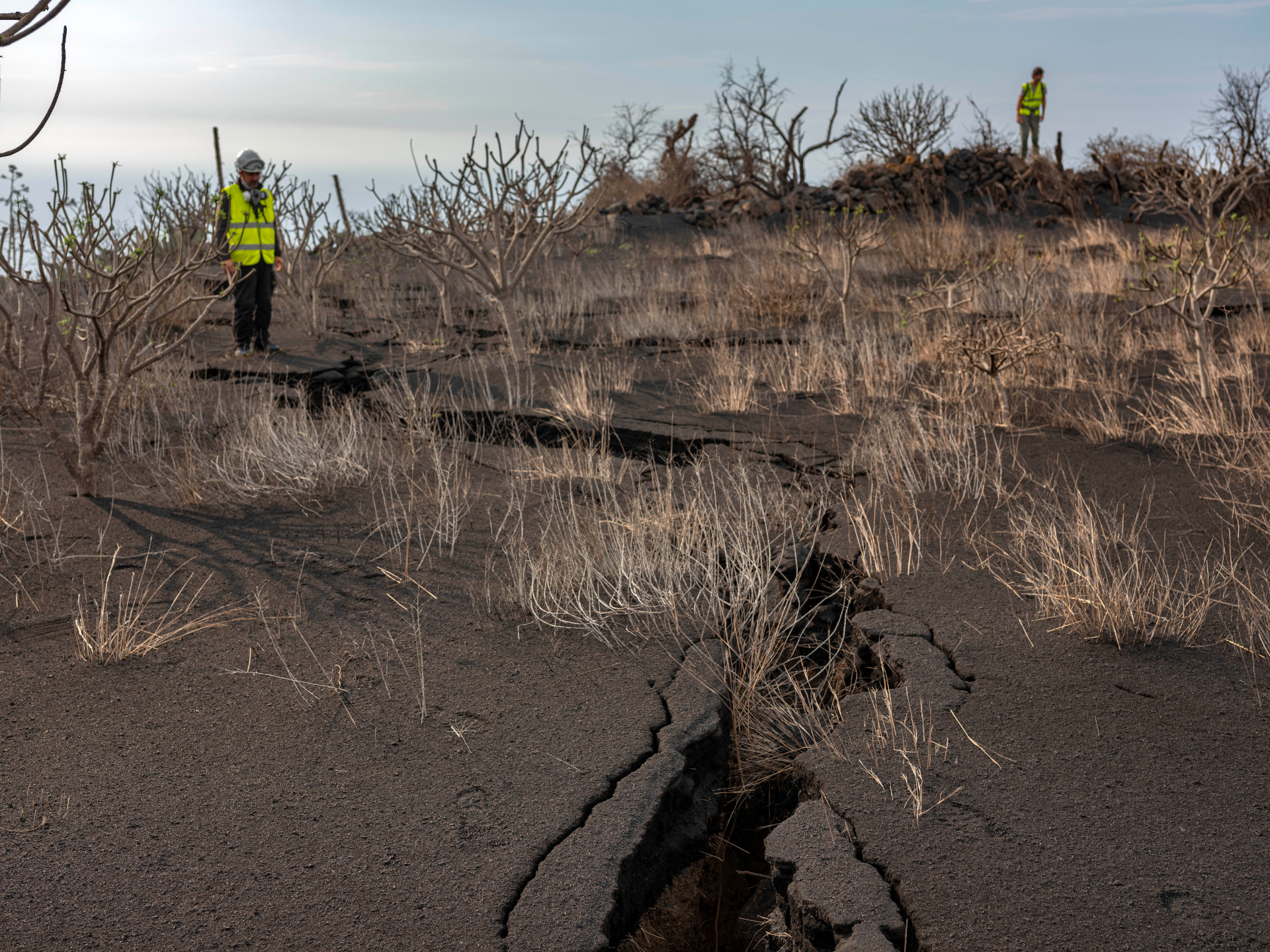 The recent eruption of Cumbre Vieja is one with the largest eruptive volume in the island's historical record. However, due to the speed of the events, a series of volcano-tectonic events (ground fractures and small eruptive vents) went unnoticed by most people. Magma feeding volcanoes in the Canary Islands, as in many other oceanic islands, typically rises to the surface through dykes. These are relatively vertical, flat and very elongated conduits, i.e. much longer than they are wide. The longest axis is oriented in a direction that usually coincides with a line of weakness of the volcano. This pattern was consistent for most of the course of the 2021 eruption, but broke down during the second half of November. From then on and until the end of the eruption, fractures and eruptive vents broke the ground surface in a different direction (east-west). González stresses the relevance of this remarkable finding and invites specialists in the field to pay more attention to these clues, as they could provide the answer that allows the scientific community to better understand what causes the collapse of volcanoes. In this way, the eruption on the island of La Palma, which caused so much damage, could also become an opportunity to advance knowledge and help the inhabitants of the islands to live more safely in the shadow of a volcano.