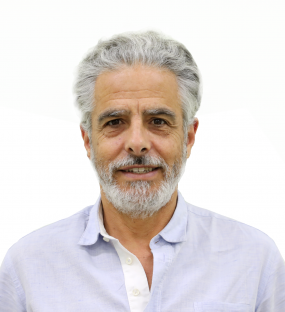 Fernando García-Tellado was born in Tenerife, Spain in 1957. He studied chemistry at the University of La Laguna where he later obtained his Ph. D. in 1983 under the supervision of Profs. Antonio González González, B. M. Fraga and Melchor García Hernández. After completing a post-doctoral work with Prof. James R. Hanson at the University of Sussex, UK (1985-1986), he received a permanent position at the Spanish Consejo Superior de Investigaciones Científicas in 1986 and was promoted to Research Scientist in 2008. He was a Fulbright visiting researcher at the group of Prof. Andrew D. Hamilton at the University of Pittsburgh, USA (1989-1991). He leads his own research group from the year 1992 and his research is mainly focused on the development of new efficiency-based synthetic methodologies, organocatalysis, diversity-oriented synthesis, and aqueous chemistry.

Organic synthesis in the presence of water

Chemistry as a driver of innovation. A challenge to its teaching in the 21st century